So there’s this thing in Quebec which I’m sure my Canadian readers have heard of and maybe also a few of my American readers, which involves the Quebec government devising some legislation called the Charter of Quebec Values. I have to say “charters” and “values” are nice happy positive words, and Quebec is filled with deliciously cheesy poutine, hockey, maple syrup, and those devilishly sexy Québécois men, so what’s there not to like (except for les Habs, boo, hiss!)?

The thing is, this Charter of Quebec Values wants to ban wearing obvious religious symbols for all public employees, including nurses and other health care professionals. This, I have to say, has ABSOLUTELY NOTHING TO DO with some nice Ladies of Muslim persuasion cheekily wearing hijab in broad daylight in Montreal and everything.

From the Government of Quebec website. Top: acceptable. Bottom: Va te faire foutre (You can Google Translate that too.)

(Just so you know, American readers, I must also officially tell you is NOT racist, and the fact the proposed legislation targets Quebecers with brown skin is merely, um, an unfortunate coincidence.  We say this because the Quebec government is acting from the purest, noblest of intentions. This is a Fact, because the Quebec government has told us so. (You can Google translate it or something.) It is well-known that the separatist, ruling Parti Québécois has long been offended by clerical collars, Jewish kippahs, wimples and garish Roman Catholic crucifixes. This is also a Fact, which you can also Google.)

The proposed charter will affect health care professionals, including nurses. My question, then, does the wearing of religious symbols or associated clothing have any place in the provision of health care? Should nurses don hijab on the hjob?

Before you run off to start raving, maybe you should consider a few things. First, banning headscarves (or whatever) has a distinct element of authoritarian nastiness about it. Should the nursing profession be that coercive? There’s probably no getting around the fact that if the legislation is passed, it will be nurses enforcing the ban against other nurses.*  (The irony of having the Quebec government telling Muslim women how to dress, partly, it is argued, to ensure gender equality, is beyond these guys.)

Another thing: nurses have a long history of wearing weird things on their heads. It’s safe to say that if you look over the course of the history of nursing, no crazy headgear has been the exception, not the rule. 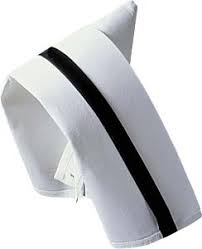 Which reminds me: some of you might say, oh it completely different! it’s a religious thing! Muslims shouldn’t be pushing their faith in our faces!

But not this? (Love this ad, by the way. It was created in response to the proposed Quebec law..)

So if you’re offended by women in hijab but not by Catholic nursing sisters, what’s the difference? Do you really believe the hijab (or any other piece of religious accoutrement) sucks out the nursing from the nurse?

So dear readers, hijab for nurses and other health care professionals, yes or no?

*The Quebec nurses union, FIQ, has courageously taken the position of taking no position at all. In other words, the union won’t defend members running afoul of this law. I’m pro-union, but holy Sam Gompers, sometimes their leadership are dumb as stumps.

This entry was posted on Saturday 05 October 2013, 1115 and is filed under Battered Nurse Syndrome, Good Nursing Practice is Practising with the Heart and Mind, Health Care Policy That Matters to Nursing, If You Gonna Have a Circus, You Gotta Have Elephants, Nursing Naval Gazing, Public Images of Nurses and Nursing, The Stupid is Strong with This One. You can follow any responses to this entry through RSS 2.0. You can leave a response, or trackback from your own site.